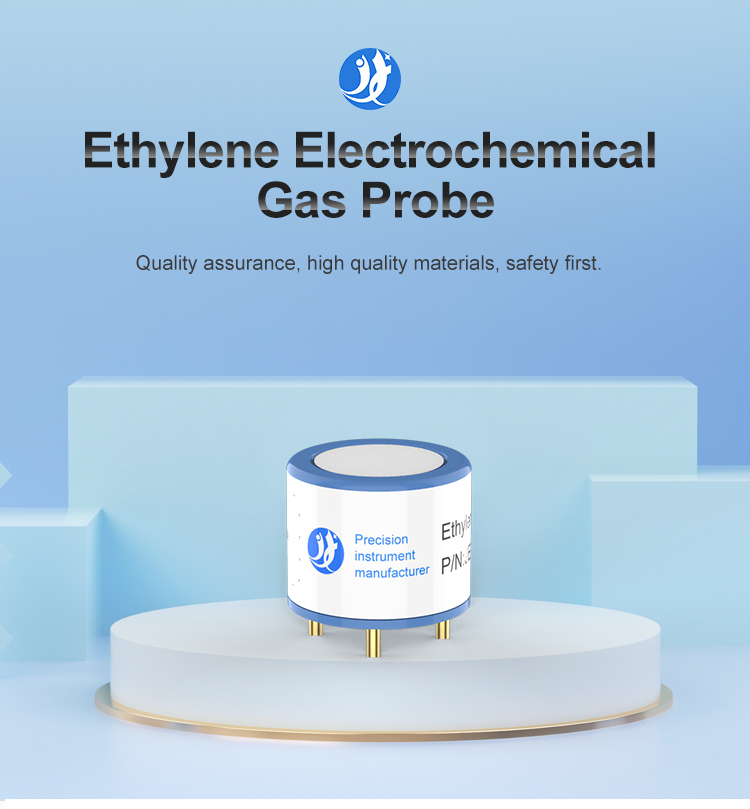 Small size, easy to install, can be mounted on portable, fixed, pipe and other appearance sensors used.

Electrochemical gas sensors are widely used in the production of portable and stationary gas detection equipment as well as in all kinds of gas detection occasions and equipment.

What is ethylene gas?

Ethylene is a colorless gas with a slight odor, density of 1.256g/L, slightly less density than air, difficult to dissolve in water, easy to dissolve in carbon tetrachloride and other organic solvents, appearance and properties: colorless gas, slightly unique smell of hydrocarbons, a small amount of ethylene with light sweet.

What is an ethylene gas sensor?

Ethylene gas sensor products are suitable for ethylene gas concentration and leakage in various environments and special environments, and play an early warning role for operation safety in dangerous sites. This instrument adopts imported electrochemical sensor and microcontroller technology, which has the advantages of signal stability, high precision and good repeatability.

What are the uses of ethylene gas?

1, ethylene is an important organic chemical basic raw material, mainly used in the production of polyethylene, ethylene propylene rubber, PVC and so on.

2. Ethylene is one of the most basic raw materials of petrochemical industry. In the aspect of synthetic materials, it is widely used in the production of polyethylene, vinyl chloride and polyvinyl chloride, ethylbenzene, styrene and polystyrene and ethylene propylene rubber.

3. Ethylene is mainly used as the standard gas of analytical instruments in petrochemical enterprises.

4. Ethylene is used as an environmental ripening gas for navel oranges, tangerines, bananas and other fruits.

5. Ethylene is used in pharmaceutical synthesis and high-tech material synthesis.

There are no reviews yet.